On behalf of The Left group in the European Parliament, Co-Presidents Manon Aubry and Martin Schirdewan comment on the invasion of Ukraine by Russia:

We strongly condemn the invasion of Ukraine by Russian troops which is an act of war in clear violation of every principal of international law.

Our solidarity goes to the Ukrainian people who are suffering from Russia’s aggression. Putin’s invasion has the potential to become a global war. The invasion calls international stability and security into question. This must be prevented at all costs. We call for a debate in the plenary of the European Parliament without delay and support the organization of an extraordinary plenary next week.

The EU must act as a broker of diplomacy. All measures must be taken carefully to keep the way open for a diplomatic solution to the conflict. Russia must return to the only legitimate channels: the UN and the OSCE. The EU also has a humanitarian responsibility and must commit to welcoming refugees without delay and support every initiative to protect civilians. Immediate political asylum must be granted to all soldiers who do not want to participate in Putin’s war of aggression against Ukraine.

Fact-check:  Mitsotakis at the European Parliament 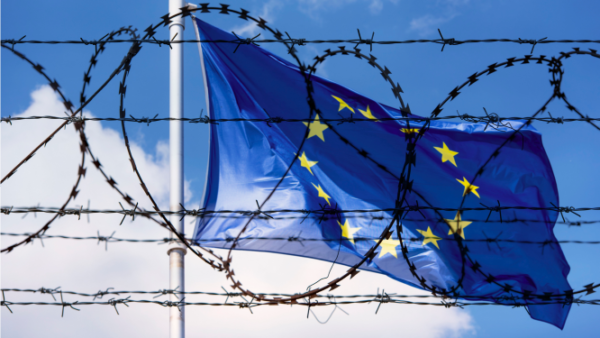 Our solidarity goes to the Ukrainian people who are suffering from Russia’s aggression. Putin’s invasion has the potential to become a global war. This must be prevented at all costs.