Emmanuel Macron presented his priorities for the French Presidency to the European Parliament in Strasbourg today.

🗳️ @EmmanuelMacron brought his election bus to the European Parliament this week.

“The French presidency should not be an electoral stepping stone: it is an historic opportunity to effect change. Firstly, by putting health before profit by lifting the patents on vaccines against Covid. Secondly, by preventing the reinstatement of budgetary austerity, which has been suspended since the beginning of this crisis”.

Macron’s policy: insults to the workers & activists, gifts to the profiteers & polluters

Macron named climate change as Europe’s first challenge. “We have to move from words to deeds”, he said. This coming from the president who was condemned by French and European courts for climate and environmental inaction.

Macron has also shown that he is not a true defender of a real social Europe.

“Macron’s European record is a disaster: supporting big corporate lobbies against tax transparency, opposing the extension of parental leave, defending gas and nuclear energy in the recent taxonomy plans. In France, he will be remembered as the president of “scorn” after he repeatedly insulted French people. In Europe, as an opportunist, who chose his election campaign over working to influence the European agenda. This French presidency is a missed opportunity: everything should have been done to prevent the return of austerity rules, suspended since the beginning of the crisis. We hope that the result of the French elections will allow us to use the two remaining months of this presidency to bring real change for people and planet in Europe.”

In his speech to the parliament, Macron urged Europe to “arm itself (…) to ensure its independence in this world of violence”.

As shown by history, arms and militarisation only lead to war. We need to put an end to public money being used for militarisation and armaments. The dramatic crisis imposed by the global pandemic heightened the need for urgent resources for healthcare while also guaranteeing social and environmental rights.

The EU should be serving the interests of the people of Europe instead of those of the weapons industry. As we battle our way out of a social, economic and environmental crisis, it makes no sense to provide billions in public funding for armaments and the military. Security only exists with peace and social justice.

Macron could have postponed the French presidency until after the election. But the temptation to exploit it for electoral purposes was obviously too great.

History will judge the missed opportunity of Macron’s French presidency of the EU, sacrificed on the altar of his personal ambition. Fortunately, after the French presidential election, there will be two months left to act and turn the tables.

The future EU must be social, ecological & democratic - COFOE

Fact-check:  Mitsotakis at the European Parliament 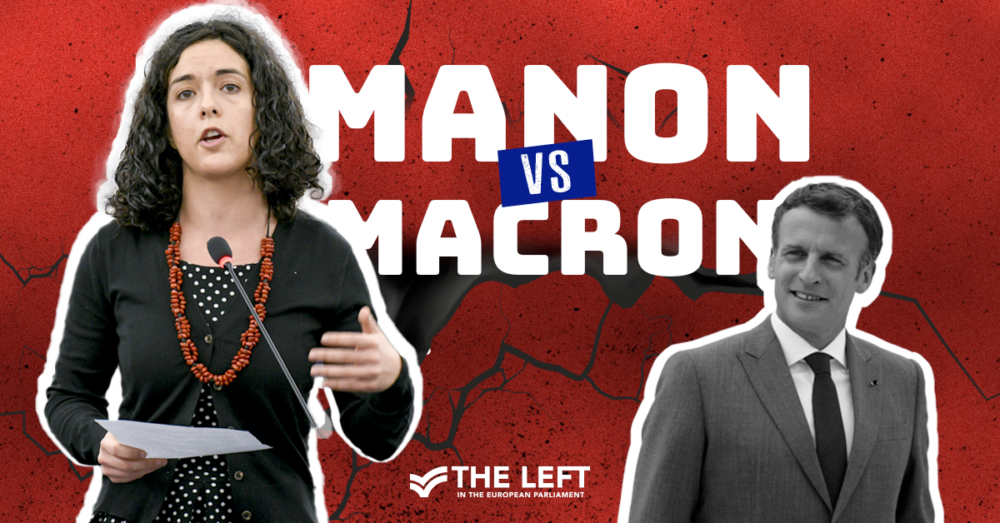 The French presidency should not be an electoral stepping stone.